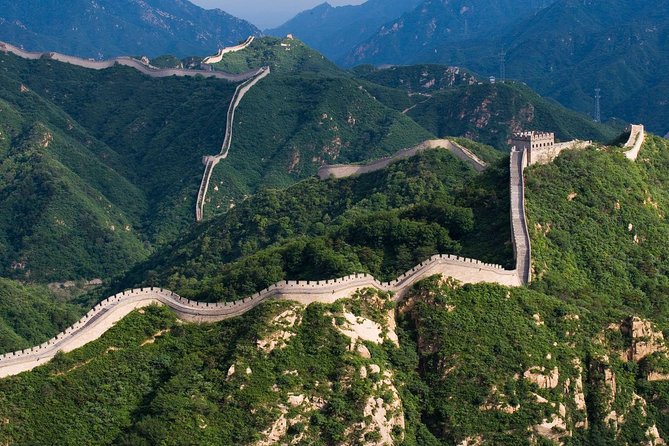 If youre spending time in Shanghai, take a day trip to Beijing by air to make your visit to China complete. While youre in Chinas ancient capital, visit the Forbidden City and the Great Wall of China, two of Beijings most famous landmarks, as well as the shopping souvenirs chance.

Note: Forbidden City is closed on every Monday, and if your travel day is on Monday, you will be offered an alternative Beijing attraction option like Temple of Heaven, Summer Palace, etc.

Begin your day in Beijing at the Forbidden City, the largest and best preserved group of ancient buildings in China. The Forbidden City served as the imperial palace and political center of government from the Ming Dynasty to the end of the Qing Dynasty. Inside, discover the 980 surviving buildings with a total of 8,707 rooms. The palace is an excellent example of traditional Chinese architecture, including elements such as enclosed courtyards and horizontal design.

Enjoy a traditional Chinese lunch, then drive out to the Great Wall of China. This amazing feat of architecture stretches 5,500 miles (8,850 kilometers). Youll visit the Great Wall at Badaling, built during the Ming Dynasty (1368 - 1644) and famous for its impressive scenery of the wall snaking off into the distance. As you ascend up the wall, youll see the hills undulating into the distance.

After you finish hiking the Great Wall, you'll be driven to Beijing International Airport for your return flight to Shanghai.

Entry/Admission - The Great Wall at Badaling

Forbidden City is closed on every Monday, and if your travel day is on Monday, you will be offered an alternative Beijing attraction option

This tour/activity will have a maximum of 999 travelers