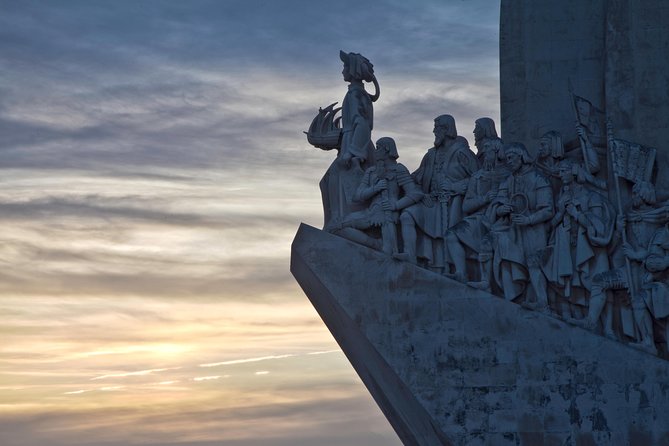 Discover one of the most majestic and popular areas of the Lisbon waterfront during this 3-hour private walking tour. This is the place where the famous world explorers set off on voyages of discovery in the 15th century, but also where Portugal hosted the World Exhibition in 1940. Full of history and charm, Belm is the perfect neighborhood to stroll around on foot. Visit the Square of the Empire, the famous Monument of the Discoveries, and the the exotic "Portuguese House for the Colonies. In the end you will certainly gain a completely different image of Lisbon.

Depart around 10am for a private 3-hour walking tour of one of Lisbons most historic neighborhoods, Belm. See the beach where ships departed for many Portuguese discoveries, the place where King Manuel ordered the construction of the majestic Jeronimos monastery, and the official residence of the President.

Belm became famous in 1940 when Portugal hosted the World Exhibition, right in the midst of Salazars four decades in power. Learn about the amazing event and what the dictatorship was like during the Second World War. Visit historical landmarks including the Square of the Empire, the Monument of the Discoveries, and the the exotic "Portuguese House for the Colonies.

This private tour offers a personalized, intimate experience, and can be customized to suit your interests. Dont miss the opportunity to see Belm at your own pace with a friendly, knowledgable guide.

The listed price does not include a parking fee, payable at the time of tour check-in.