Best Of Ephesus From Kusadasi Or Izmir

Best Of Ephesus From Kusadasi Or Izmir 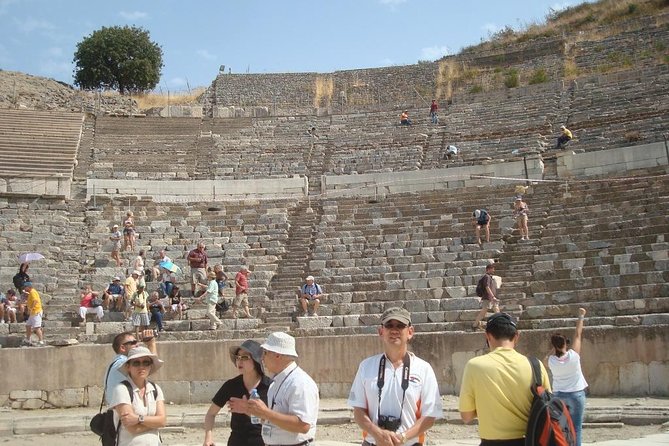 Begin your day with a visit to the house where Jesus's mother is said to have lived the last years of her life. The site, called the House of virgin mary, is a Catholic shrine and was visited by Pope Paul VI in 1967, Pope John Paul II in 1979, and Pope Benedict XVI in 2006. Visit ancient Ephesus, one of the most magnificent and best-preserved archaeological sites in the world. See the Odeon Theatre, the Market Basilica, Curetes Street, the Baths, the Celsus Library, Marble Street and the Great Theatre. The latter has a seating capacity of 25,000 people and is still used for concerts today. Dont miss the Terrace Houses located opposite Hadrian's Temple -- a newly excavated section. The wealthy and important people of Ephesus used these houses, which are finely decorated with mosaics and frescoes giving a true impression of the ancient lifestyle. Also of interest is the Basilica of St John. Lunch is served locally and a folkloric show will entertain you as you dine. End of tour