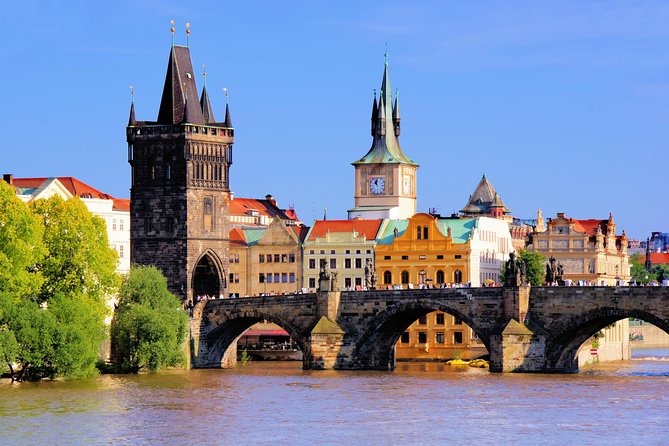 Explore Prague on this 6-hour guided tour consisting of a walking tour and a 1-hour boat cruise on the Vltava river. See Charles bridge, Lesser town, the Jewish quarter, Old Town, Prague Castle, and more. Your tour includes a traditional Czech lunch at a local restaurant in the Old Town.

Meet your local guide at the designated central meeting point at 10am and get ready for your 6-hour guided tour of Prague's highlights.

Expect to see the changing of the guards, the oldest university in Central Europe, and the theater where former president Vaclav Havel once worked. Hear fascinating stories, such as the tale of 'good king' Wenceslas who killed by his drunken brother and the queen who broke swords with her bare hands, and learn about the national hero Jan Hus.

As you make your way across the famed Charles bridge, listen as your guide talks about about the places and buildings that you pass. Walk through the Lesser town then take a tram up to Prague castle. Take an a coffee break at your own expense, then walk to the Jewish quarter and Old Town to enjoy a traditional lunch in a local restaurant.

After lunch, board a 1-hour river cruise to see Prague from a different perspective.

Conclude your tour back at the original departure point at around 4pm.