Best Of Shanghai Day Tour, Including Jade Buddha Temple And The Bund - With Reviews & Ratings

Best Of Shanghai Day Tour, Including Jade Buddha Temple And The Bund 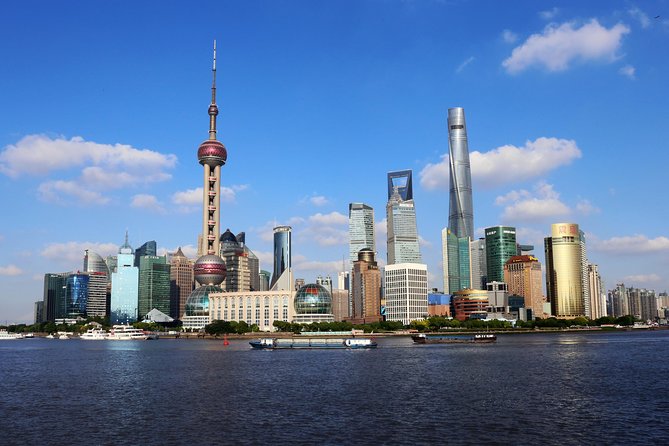 Your tour begins with Jade buddha temple. Built during the Guangxu period of the Qing Dynasty (A.D. 1875-1909), it contains a priceless collection of jade statues from Burma. The temple is constructed in the magnificent architectural style of the Song Dynasty. Currently the temple houses the Shanghai Buddhist Institute.

Next stop is Fresh Water Pearl Gallery. You'll see the process of pearl cultivation and you may be the lucky participant to be presented with a single pearl.

People Square, in the heart of the city is a vast green area surrounded by great buildings on all sides. Here you have the opportunity to feed the doves to pray for the world peace.Shanghai museum is a highlight of the tour. The museum design is in keeping with Feng Shui principles. It houses a great permanent collection and hosts various exhibitions with over 120,000 pieces thst showcase the 5000 years of China's history. We recommend you rent an audio phone (USD 5) to make the most of your 1.5 hours' visit.

After lunch, visit the enchanting Yuyuan garden and Shanghai old street. The garden includes many halls, springs and other buildings of interest. The visit brings you back to Ming Dynasty (A.D. 1368-1644).

Continue to The bund on Shanghai's waterfront. The Bund is Shanghai's most famous landmark and a symbol of old and new Shanghai. Four kilometers long, it has long been one of the most important areas of Shanghai. In the 1930s, The bund was host to the city's financial and commercial centers.

At the silk factory, see how Chinese silk has been produced since the 14th century. There is also the option to to purchase the silk at low prices. After a drive along the former French concession District, characterized by beautiful, tree-lined streets wander through Shanghai's hottest new entertainment district, Xin Tian Di. The brick buildings on these two-square blocks have been preserved and transformed into trendy clubs, restaurants and boutiques.

Pickup and drop off from the hotels in the city center

Since October 2017, Shanghai Museum is closed on every Monday. You will visit M50 Art Zone instead if your tour is on Monday