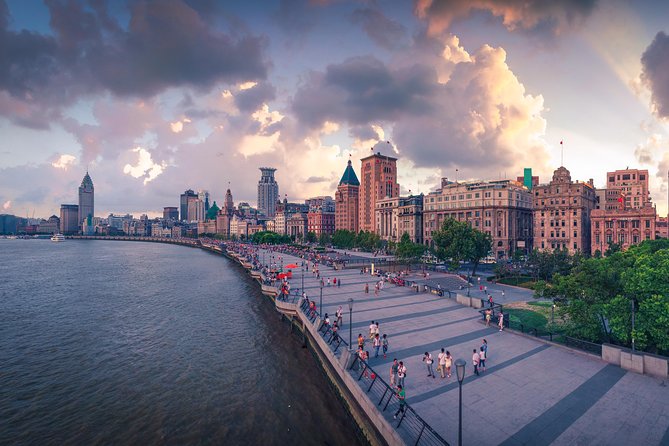 See the best sights of Shanghai. A full day tour immerses you in the culture of this bustling city, including Yu garden to see the well conserved, beautiful garden, the Shanghai Museum(Close on Mondays,replaced byShikumen Wulixiang Museum alternatively), Jade buddha temple and more!

Begin your tour with a visit to the lush and beautiful Yu garden, a classic creation of the Ming dynasty. Travel to explore the ancient Shanghai Old Street, which was originated during the Qing dynasty. Shanghais waterfront, also known as The bund on the scenic Huangpu River, offers local culture, sights, and sounds, as well as soaring skyline views at the International Architecture Exhibition. The tour takes full advantage of Shanghai's incredible Museum of Ancient Chinese Art(Shanghai museum Close on Mondays,replaced byShikumen Wulixiang Museum alternatively). Home to a collection of over 120,000 precious and rare works in 21 categories, this is the most remarkable cultural institution in the city. Immerse yourself in the rich history of the ancient Chinese and the significant works of art displayed there.

After a delicious lunch, enjoy the view when you will be driven along the former French concession to browse the Shanghai Arts and Crafts Store. A tour of Shanghai would not be completed without visiting the Jade buddha temple with its priceless and extraordinary Burmese jade statues. Your final stop will be Xin Tian Di, a stylish and exciting nightlife district boasting many boutiques, pubs, and restaurants. You can choose to be taken back to your hotel or stay for more fun.

Hotel pick up and drop-off