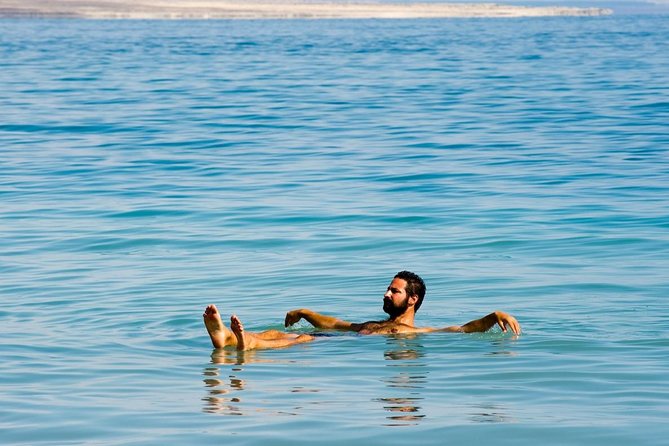 Departing from Jerusalem, this one day tour takes you to four of Israel's most popular sites. Discover Bethlehem, thebirthplace of Jesus and visit some of its key sites including the Church of the Nativity. The second stop of the day is Jericho, the oldest city on Earth, where you will learn about its fascinating biblical history. From here visit Qumran, where you'll have some time to explore the caves where the Dead Sea scrolls were discovered as well as free time for lunch. Finally, head to the Dead Sea, where you can float in the waters and immerse yourself in the muds at a private beach.

After your 07:45 pick up from Jerusalem, you will head to Bethlehem to be able to explore the city before it becomes bustling with other groups. Discover the birthplace of Jesus and the Church of the Nativity. Descending through the Judean Desert,you will reach Jericho, the lowest city on Earth, where you'll explore the Mount of Temptation.

Explore Qumran, the site where the Dead Sea Scrolls were discovered, where you will have some free time for lunch. End the dayat the Dead Sea, float in the waters and immerse in the muds on our private beach. We will return to Jerusalemat around 16:30.

Guided tours of Bethlehem and Jericho

Entry/Admission - Church of the Nativity