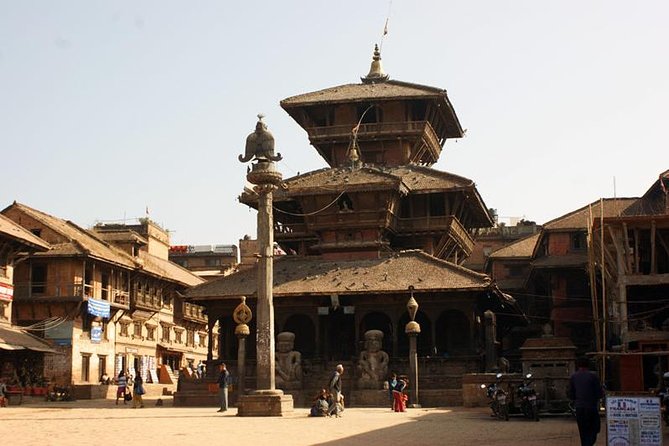 08:00 Pickup from your Hotel
08:30 Arrive at Bhaktapur and explore the city
12:00 Lunch and drive back to Kathmandu

Bhaktapur literally translates to the place of devotees. This medieval city is inhabited mostly by the Newar community. The city is an open museum of the Malla rulers. The pagoda style temples build during the Malla dynasty and dedicated to different gods and goddesses still convey the stories of the bygone era. The arts and culture, monuments, wood carvings, sculptures and pottery from Bhaktapur is second to none.

Bhaktapur has the best-preserved palace courtyards and the old city center in Nepal which is also listed as a World Heritage site. The city is rich in culture, temples, and wood, metal and stone artworks. The city is also famous for a special type of curd known as Ju Ju Dhau, meaning the king of curds.

The tour starts with about 30 minutes drive to Bhaktapur Durbar square. After taking a tour of the Durbar square we will have a local meal. We will drive back to Kathmandu to end our tour of Bhaktapur.

A minimum of 2 adults required.

Transport is wheelchair accessible however be prepared for uneven surfaces at the sites visited which may be difficult for those with walking disabilities or using a wheelchair.

The duration of transfers are approximate, the exact duration will depend on the time of day and traffic conditions.