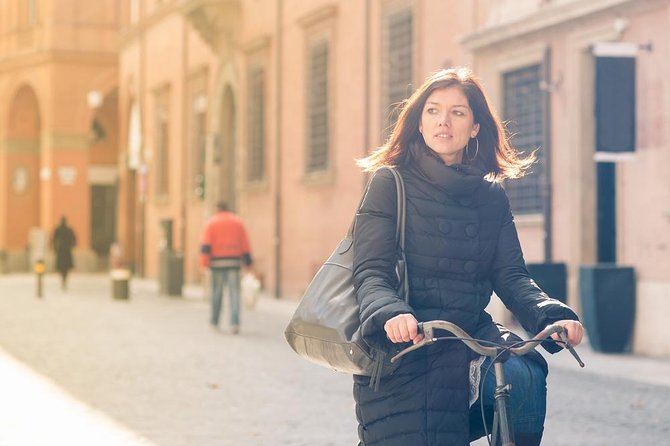 Discover Bologna by bike and live an authentic Italian experience with a passionate local guide. Taste delicious "gelato" and share this beautiful day with friends and family.

No wonder Bologna has earned so many historical monikers. La Grassa (the fat one) celebrates a rich food legacy (rag or bolognese sauce was first concocted here). La Dotta (the learned one) doffs a cap to the city university founded in 1088. La Rossa (the red one) alludes to the ubiquity of the terracotta medieval buildings adorned with miles of porticoes, as well as the city's long standing penchant for left-wing politics.

Bologna is the City of the many Porticoes, nominated as Unesco "world heritage site". They make the city of Bologna unique in the world.
We will be glad to show you the beauty of its kilometres of coloured arches, from the medieval to the contemporary ones, during a pleasant bike tour. This is certainly the best way to appreciate the bolognese landscape and lifestyle. Under one of the most amazing porticoes, we will taste the best gelato produced in the city, discovering why it is so celebrated!

Get ready to discover Bolognaby bike.

A minimum of 2 people are required per booking