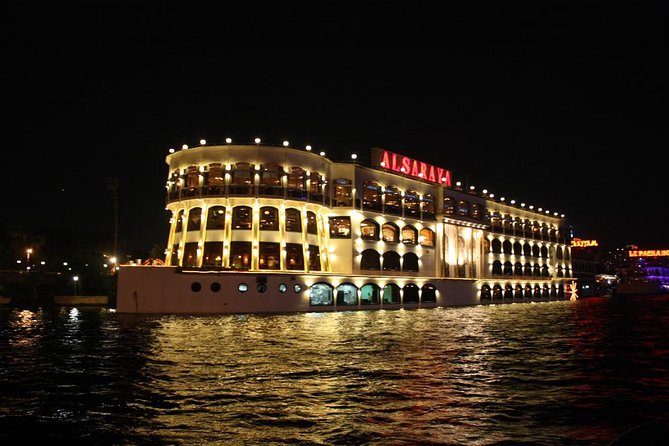 At 6:00 pm Our representative will be waiting for you at the lobby area holding sign shows your name on it then will transfer you by a private Car with A/C

Enjoy 2 hours of Cruise sailing and dinner and show