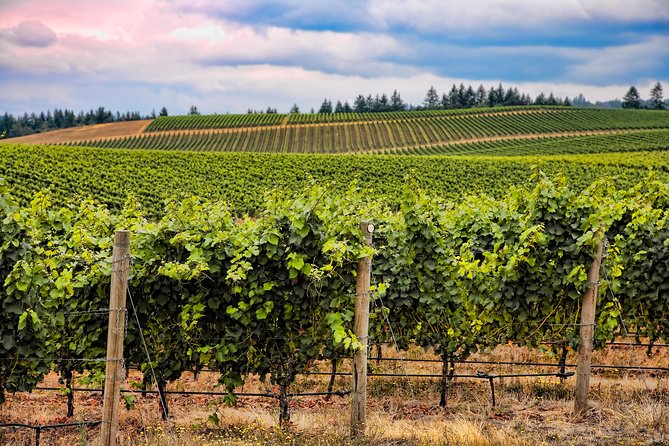 Explore the vineyards that have made Bordeaux wines famous the world over on this full-day wine tour. You'll discover Bordeaux's extraordinary wine heritage and history, and develop a taste for the fabulous wines of Bordeaux!

Your day-long sightseeing excursion takes you through the city of Bordeaux and its vineyards, including the historic wine merchants' district, Les Chartrons. You'll enjoy a tasting in a wine merchant's cellar, and combine lunch and wine tastings at a Bordeaux restaurant.

Depending what day you take your tour, your afternoon will include a tour of two chateaux in Medoc (Saturdays) or a chateau tour in Saint Emilion and visit to the town's medieval village (Wednesdays).

• 9:30am: Guided tour of the "Chartrons" district and tasting at a the Wine Trading Museum
• 12:15pm: Lunch - tasting at a local restaurant in Bordeaux
• 1:30pm: Departure from Bordeaux. Tours departing on a Saturday, will include tour two wine chateaux in Medoc and enjoy a wine tasting. Tours departing on a Wednesday will visit Saint Emilion for a tour of one wine chateau and the town's medieval village.
• 6:30pm: Return to Bordeaux

Tour of one chateau in Saint Emilion (Wednesdays)