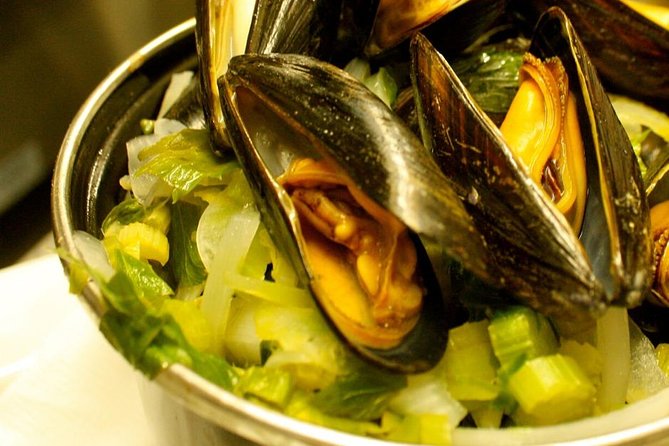 Belgians love their food, and the country's cuisine is highly regarded throughout Europe. Belgians are reputed to dine out more than any other people in the world, and on this guided gastronomic tour, you’ll find out why.

Join this small-group food walking tour of Brussels to get a taste for the local cuisine. Your tour starts with a brief walk around the Grand'Place before you'll stop at a private restaurant for your tasting of some of Brussels' specialty dishes: Assiette Ardainaise (selection of smoked ham, boudin sausage, saucisse du Gaume, several cheeses and the famous steak tartare) paired with mixed salad and Belgian endive, North Sea shrimp with tomato, mussels, and beef stew or cod fish. Your tour package also includes Belgian white wine, beer and soft drinks.

During the tasting hear tales from Brussels' culinary past, and learn how the city was settled by exiled French chefs. Discover Belgian culinary traditions, learn how various food specialties are produced and find out how to prepare your own delicious Belgian recipes.

For the dessert, you'll walk to the Royal Galleries where you'll enjoy a Brussels Waffle, coffee or other drinks.

Venture past the main sights around the Grand'Place

Taste the best Brussels'waffle at the Royal Galleries