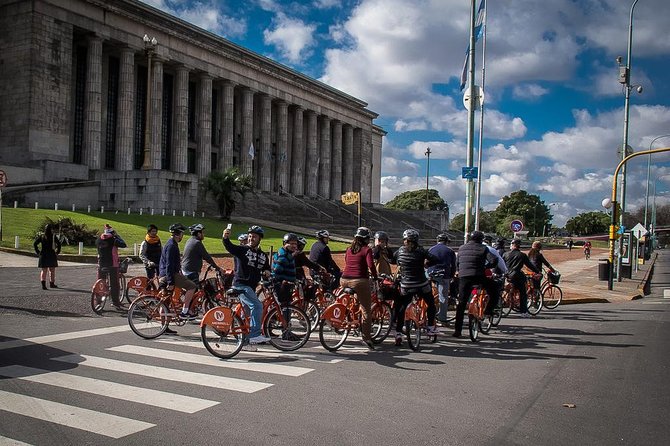 After meeting your guide in San telmo, listen to a quick safety briefing before receiving your bike (a comfy beach cruiser) and helmet. Then hop on to begin your leisurely ride.

Begin in Puerto madero, the newest neighborhood in the city. Its old docks have been transformed into restaurants, lofts and offices, which boast incredible views of the city.
From there, ride through Recoleta, famous for its French-style buildings and large parks. See Recoleta cemetery, where legendary Argentinians like Eva Peron (aka Evita) are buried, and pass through Barrio Norte, an informal name given to a lively section of Recoleta around Santa Fe Avenue.

Then head toward the district of Palermo Buenos aires largest neighborhood. Pedal to Palermo Woods, the citys largest park, where you can admire its rose garden with more than 400 rose bushes. See more of the parks sights, including the Buenos aires Zoo, the Botnical Garden, Plaza Italia, Galileo Galilei Planetarium and the Spaniards Monument.

Throughout your tour, your guide will tell you about Buenos aires rich history and provide commentary about the sites youre passing. Youll also break periodically to stretch your legs and take photos. Your tour concludes 3.5 hours later at the original departure point.

Use of bike and helmet