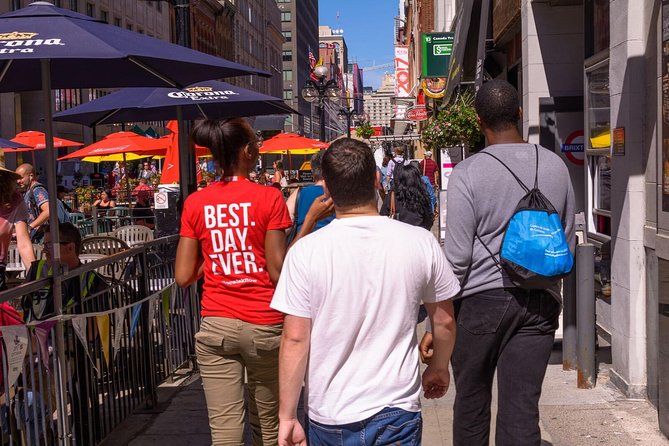 Appreciate, during an half-day, walking through lands that hold thousands of years of history in a country only just recently celebrating its 150th anniversary. Enjoy the views and beloved locales of Ottawa and Gatineau while discovering some of its best-hidden secrets with an English-speaking guide. Discover all the iconic sights and gain insider knowledge. This tour is limited to a maximum of 12 travelers.

Ask a non-Canadian what the capital city of Canada is, and very rarely will the response be right. Maybe its Toronto, Montreal or perhaps even Vancouver? Ottawa is an unlikely answer, almost as unlikely as the choice of Ottawa as a capital city in the first place. Only a small number trading community known as Bytown when it was chosen by Queen Victoria, Ottawa has been the political center of a vast country ever since 1866.

Get up close and personal with the impressive neo-gothic structures of downtown Ottawa. Then see beyond the government power struggles and get to know the everyday Canadians who have shaped their city and their nation. Learn about the Ottawa and Algonquin people who first lived in the region and its importance to them. Expand your knowledge of the First Nations and their tumultuous history with the government of Canada.

Then take a trip across the river and discover how despite the close physical proximity, Quebec and Ontario are very different provinces. Gatineau exists for many of the same reasons as Ottawa but does it in a unique way. Explore the historical stretch of Vieux-Hull (Old Hull) and get a glimpse of what once was. Stop in for refreshment at a local caf in this historic neighborhood and then its back across the river using public transit, this time straight to Centretown and Parliament hill.

The culture of the cities is on display, even without an admission ticket to the many museums and performance venues. Sprinkled around the downtown core are statues and monuments and murals that go unnoticed or unexplained. Unlock the stories of some of the real headscratchers like, what does that lightning-looking sculpture even mean? And discover the fascinating people immortalized in bronze.

There is no better place to see the worlds of history and modern life collide. The many layers that have been added over the years from the different people who have lived and breathed in Ottawa is a tangible experience for all who walk through its paths.

Public transit fare during the tour

Additional food and drinks, souvenirs and personal shopping, tips/gratuities for your guide.

Please wear weather-appropriate clothes such as hats, sunglasses, comfortable walking shoes and rain jacket, and bring sunscreen or an umbrella. Check the forecast and prepare for the worst as the weather in Ottawa can be temperamental. Also, bring a bottle of water and your enthusiasm for a good time.