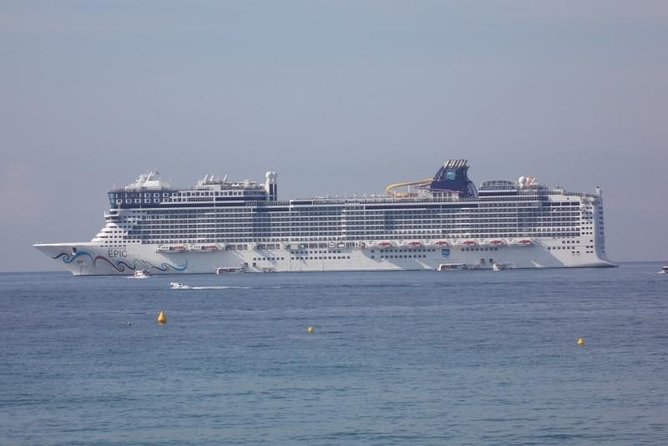 Visit some of the most popular places on the French Riviera during this 7-8-hour private shore excursion. Your guide will meet you upon your cruise ship arrival at the pier of your port of call and show you some of the highlights. As the tour is private, your itinerary is flexible and your guide will adapt the tour to your personal preferences.

First, head to Monaco and Monte Carlo. Magnificent palaces, casinos, luxury shops, and exotic gardens are waiting for you. The guide will tell you the fascinating story of a sovereign state between Nice and the Italian border, that perfectly captures the essence of the Cte d'Azur with its palaces in the rococo style, lunch gardens, world famous casinos and glamour of the royal family. By car, you will drive along the famous Formula 1 track. You will visit the Monte Carlo casino and can enjoy an optional walk around the Japanese Garden. There will also be some free time during which you can see the changing of the guard in front of the palace of the Prince, take pictures or buy souvenirs.

Next, head to Eze. Take a stroll through the old town with your guide. This old village is huddled around a substantial medieval fortress, with rocks and houses of similar hues blending into each other.

Driving through Nice your guide take you to Saint-Paul-de Vance. In Nice you will drive across the Promenade des Anglais, this wide promenade, facing south and flanking the sea along its entire length, provides wonderful views of the Baie des Anges and a popular place for a lengthy stroll. The guide will show you the famous architectural buildings located on the Promenade des Anglais. 45 min stop in Saint-Paul-de Vance. This old village visible from afar among the pleasant hills and valleys of the Vence landscape. St-Paul-de-Vence has retained its medieval appearance, so characteristic of the fortified settlements which protected the Var frontier until 1870. Take a stroll through the old town with your guide. You will have free time to visit the famous Modern art galleries. This city will remind you of medieval times, and the guide will tell amazing stories about it.

Your guide will then take you to Cannes. By car, you will drive along the world-famous Boulevard de la Croisette. The guide will tell you the fascinating story of Cannes and the Lrins islands which are located offshore. Since 1834 a whole host of famous personalities have helped to establish the city's reputation. In the past the aristocracy would spend the winter here. Nowadays celebrities flock here during the film festival, which is one of the most important events in the cinema world. There will also be some free time during which you can see the Film Festival Palace and take pictures on the famous red road.

The tour finishes as your guide drops you off at port of call.