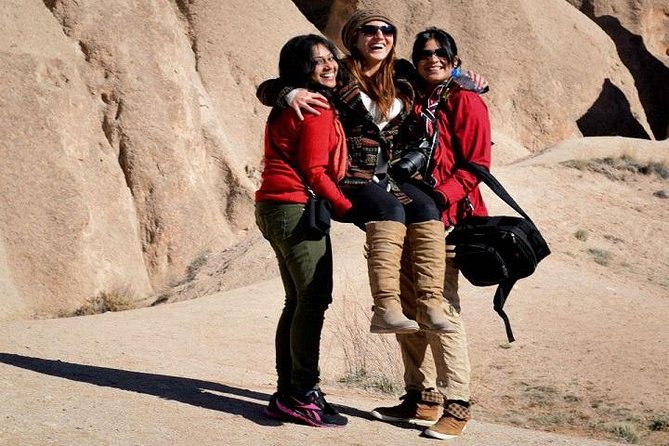 Sightsee while you get your exercise on a 2-hour running tour of Cappadocia. Jog by some of Cappadocias most popular attractions with a local guide, including places like the Uhisar, Love Valley, avuin and Paaba.
This tour is designed for people who run regularly and can keep a moderate pace over the 4-mile (6.5-km) route.

Begin your running tour at the historic Uçhisar in Cappadocia.

Love Valley (Love Valley in Cappadocia, Turkey certainly has a claim to fame – a very large one. Rather euphemistically named, the valley is home to rock structures that bear a passing resemblance to… well - make your own mind up. Seeing, as they say, is believing.)

Çavuin (Çavuin village, located about halfway between Avanos and Göreme, is surrounded by a valley which becomes gradually wider, allowing extended farming. Until the 1920s it had a mixed population with many Christian Orthodox families.)

Paaba (Pasabag in Cappadocia is located on the road to Zelve, coming from Goreme or Avanos. Highly remarkable earth pillars can be seen here, in the middle of a vineyard, hence the name of the place which means: the Pacha's vineyard.)

After the running tour, We will drop off your hotel at 19.30pm