Day Trip To Capri From Positano - With Reviews & Ratings

Day Trip To Capri From Positano 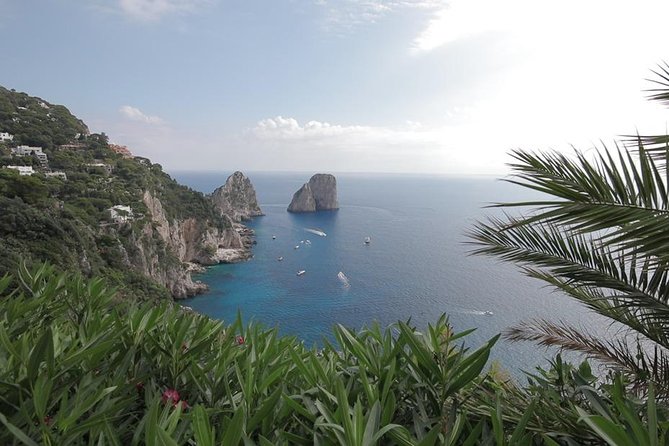 Take in breathtaking landscapes and friendly people that join together to form a unique experience on the beautiful Amalfi Coast. This day trip to Capri is something that your eyes cannot miss.

Visiting Capri is one of the greatest experiences you can take once you arrive to the Amalfi Coast. This tour allows you to discover the beautiful Island of Capri in less than one day. You can choose the place of departure as the wooden gozzo leaves everyday at 9:30am from Positano, Praiano and Amalfi. Before your arrival in Capri, you will be visiting the stunning blue, white, green and marvelous grottos as well as enjoy an unforgettable swim. Once in Capri, you will have four hours of free time to spend on the Island.

Discover Capri with its famous Piazzetta, shops and the Anacapri with its incredible landscapes. On the way back, enjoy an amazing boat view of the famous Faraglioni di Capri and Punta Campanella. Your skipper will assist and provide you any information you might need. Your boat is well cared for and provides all the comfort for your trip to be relaxing and pleasant.

Subject to favorable weather conditions. If canceled due to poor weather, you will be given the option of an alternative date or full refund.