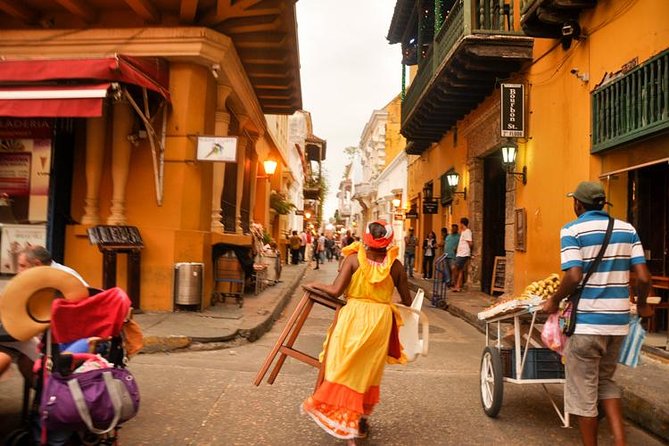 Enjoy a guided city tour of Cartagena and explore Colombia's most-visited city! Cartagena is known for its laid-back Caribbean vibe mixed with astonishing colonial architecture. See what all the buzz is about on a guided sightseeing tour of the city that includes entrance fees to Cartagena's museums.

Travelers will drive to Castillo de San Felipe, a strong fort built on top of a mountain by the Spanish as a strategic point to gain control of the bay, where incredible battles were fought during many centuries. There well have the opportunity to discover from the outsidethe impressive architecture and history behind this fort.

Travelers can view Cartagena entirely from a watchpoint and know the history of this monastery.

was built in the second half of the 17th century

Guide in the language of your preference

Note: Guided visits to Inquisition Palace and the Theater of Heredia are not guaranteed as time may be a constraint in some cases

This tour includes an insurance. Please send Passport number by the time of booking to make the insurance effective