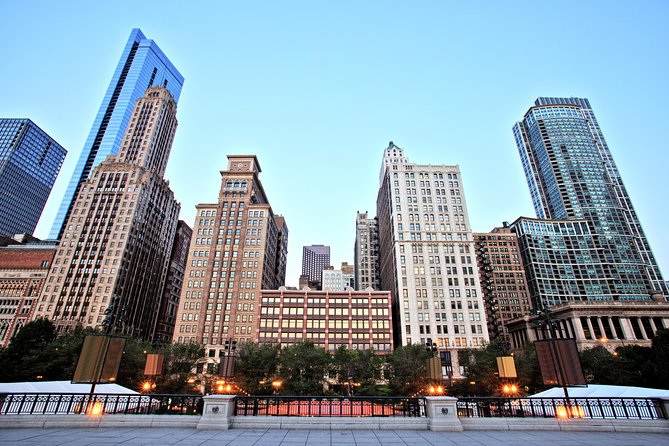 Get an in-depth look at the beautiful Windy City on this 4-hour tour of Chicago! Take a scenic bus ride through the South Side and travel through the beautiful Grant Park. Visit the Adler Planetarium with its impressive sky dome and pass by the Art Institute of Chicago, which boasts a world-renowned collection of impressionist art. Pass the Orchestra Hall, home of the famous Chicago Symphony Orchestra, and drive by President Obama's old neighborhood!

On the North Side, travel by the striking Richard J Daley plaza with its magnificent Pablo Picasso sculpture created specifically for Chicago. Cross the Chicago River and see the famous Wrigley Building and Wrigley Field. Spot one of the tallest buildings in the world, the John Hancock Center, and continue through Lincoln Parks acres and acres of lush greenery and lagoons.

See the Itinerary section below for a full list of sights seen on this exciting Chicago tour.