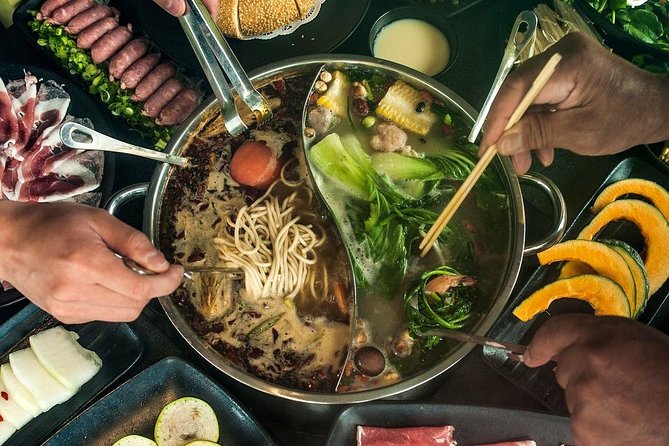 Curious about Chinatown, but unsure where to start?Let Bobbys Bike Hike be your guide!

Our first stop is a restaurant featuring cuisine from the southeastern region of Guangdong, formerly known as Canton.The Cantonese were the first Chinese people to emigrate to the United States during the California Gold Rush; to this day, most Chinese restaurants in America serve predominantly Cantonese or Cantonese-derived dishes. The restaurant weve chosen specializes in the traditional Cantonese appetizers known as dim sum, served with two varieties of Chinese tea.

When you think of Chinese food, do you think of baked goods? If not, youre in for a treat! The many offerings on display at the Chinese bakery well visit next are a feast for the eyes as well as the tongue. Well enjoy a popular dessert from the former Portuguese territory of Macau which melds Chinese and colonial traditions. Be warned, though, that you may have difficulty leaving the premises without purchasing an extra treat or two for the ride home!

Perhaps the greatest advantage of having such a well-developed Chinatown in our city is the opportunity to experience regional Chinese cuisines that arent widely available in the US. The third restaurant on our tour features delicacies from the northwestern city of Xian, one of Chinas ancient dynastic capitals. This food has a Middle Eastern influence due to Xians position at the eastern terminus of the ancient network of trade routes known as the Silk Road. Many of our guests find this stop to be their favorite!

Next, well visit Chinatown Square for a taste of the bold, exciting flavors of Sichuan cuisine. Sichuans famous chili peppers are found in dishes from every region of China. Youll enjoy samples of spicy chili chicken and eggplant with garlic sauce at a restaurant founded by one of Chinatowns best-known celebrity chefs.

Our final stop is a truly unique experience: Mongolian hot pot. The centerpiece of a hot pot meal is a large cauldron of broth placed atop a heating element at your table. Once the liquid has come to a boil, you immerse selections from a platter of thinly sliced meat and vegetables until they are cooked to your liking. Several dipping sauces are also provided for a variety of delicious flavor combinations. Youll have to do a bit of work for your dinner, but the results are well worth the effort!

All food and drink samples

Minimum numbers apply. There is a possibility of cancellation after confirmation if there are not enough passengers to meet requirements. In the event of this occurring, you will be offered an alternative or full refund.