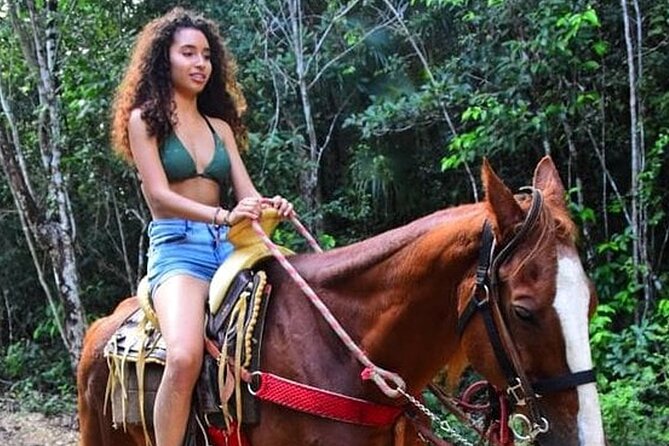 This adventure takes place into the Mayan Jungle, a park filled with nature and adrenaline. This half day tour has 4 activities ready for you, an ATV's circuit surrounded by nature, a ziplining accross the tree tops. a horseback ride and a fresh cenote swim to wrap it up before taking a delicious mexican meal of Chichen Fajitas and sides

This Jungle Adventure packs the best activities and a delicious lunch in a half day, with transportation included there will be no worries about getting lost

We'll be waiting for you

Between 7am-8:20am, be picked up from your Cancun or Riviera Maya hotel. Board aluxury tour bus and tuck intoacontinental breakfast as you drive through the scenic countryside of the Yucatan peninsula. Enjoy fully recliningseats, air conditioning, and on-board bathroomsduringthe comfortable 2.5-hour bus ride.

Upon arrival at the ancient Mayan ruins of Chichen itza, receivea comprehensiveguided tour. Exploreprominent features like El Castillo and the Temple of Warriors. Return tothe bus, which is now bound for a Cenote;an underground river caused by natural cave formations.

After swimming in the cool, clear waters of the Cenote, sit down for lunch at a local restaurant. Relax over the traditional Mexican dishes, then return to the bus and sip on drinks from the open bar all the way back to your hotel in Cancun.

You must be 16 years old to drive the ATV, and must be accompanied by an adult.

We do not acept credit card of any type.(AE, VISA, MC)

Use comfortable clothes and shoes

The maximun weight allowed is 300lb