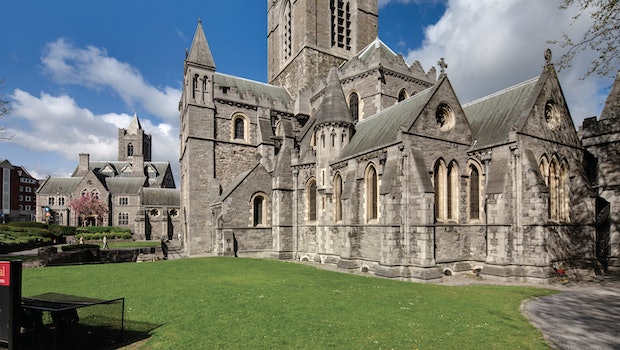 Christ Church is Dublin’s first cathedral and seat of its archbishops for a thousand years. When you enter its hallowed doors, you’ll be following in the footsteps of quite a few saints.

This is where, in 1171, King Henry II received Holy Communion for the first time after having his archbishop, St. Thomas Beckett, murdered in Canterbury Cathedral. It must have been a pretty tense ceremony.

A decade later, reconstruction began, to turn this wooden cathedral into a stone one. It has undergone various refurbishments since then, but the Crypt is still completely original.

In the Crypt, whose massive stone pillars support the entire weight of the cathedral, you'll see Tom and Jerry, the mummified remains of a cat and mouse that got stuck in an organ pipe.

These two certainly made an impression on James Joyce – they were mentioned in his last great work, _Finnegan’s Wake_.