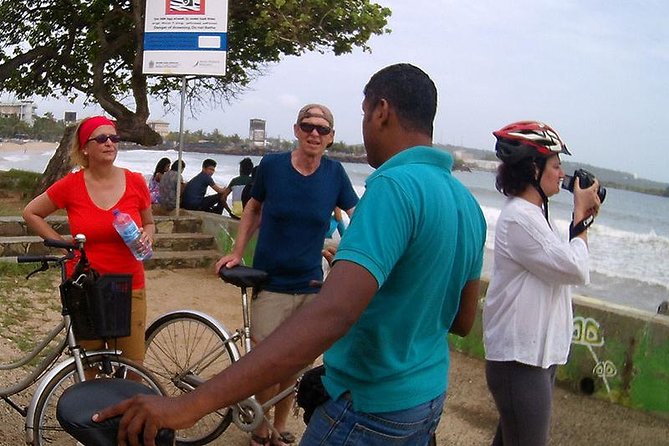 Taking a cycling tour is the ideal way to explore the fascinating coastal city of Galle. You will explore the UNESCO world heritage site, the Dutch Fort of Galle through this paddling tour. Cycling around the city and going through the vegetable and fruit markets will also be agreat opportunityto enjoy the beauty of this small city at the tip of Indian Ocean.

Our cycling guide will welcome you and give a brief introduction about the tour before collecting your helmets and bicycles. Start cycling to the city of Galle with your guide. Along the route you can see the day to day activities of the local people and fishermen.

After reaching Galle city, hop in to the Dutch fort of Galle from the old entrance.  Galle Fort covers an area of 52 hectares (130 acres) and the important heritage monuments in the fort includes the Dutch reformed church with its historic belfry dated 1707 and cast in 1709 that rings every hour, the old Dutch government house, the residence of the Commander, Great Warehouse near the Old Gate built around 1669 to store spices and ship equipment that is now National Maritime Museum, the Old Dutch Hospital, the Meera Mosque built in 1904, the Buddhist temple built at the site of Portuguese Roman Catholic church, the All Saints Anglican Church built in 1871, the 1882 Clock Tower and the 1939 Galle lighthouse and many more to see. Cycling in this living heritage site would be a lifetime experience.

After cycling inside the Galle Fort, we come out from the New Entrance that was constructed in 1873. We will also visit Murugan Hindu Temple that was established in 1790 and fruit and vegetable market established in 1880.

At the end of the tour, you will be dropped off at your hotel.