City Tour Including The Egyptian Museum - Coptic And Islamic Cairo

City Tour Including The Egyptian Museum - Coptic And Islamic Cairo 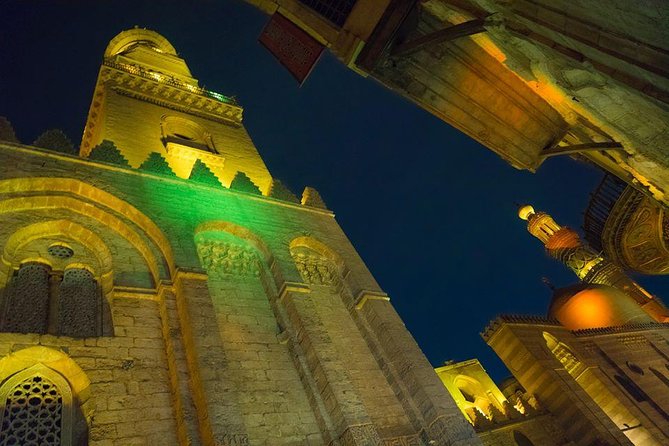 Take a Journey among the heart of one of the oldest Capitals around the World Cairo , Witness and Learn about the Egyptian Culture and Civilization from the ancient Egyptian era , then Coptic era, and ending with Islamic era

After Breakfast , around 8.30 am , ourEgypt Tailor Madetour guide will escort you to continue your journey through the history starting with theEgyptian Museum of Antiquitieswhich was built in 1902 and it exhibits a large number of items and treasures (exceeding 12,0000 masterpieces) dating back to the ancient Egyptian period and Greco-Roman period including the marvelous collection of the child king Tut Ankh Amon

After that proceeding to a new era "The Coptic Cairo" where you will visit the "Hanging church" which is dating back to the 3rd Century AD and was dedicated to Virgin Mary ,It's called "Hanging" because of its location above the gatehouse of the ancient Roman fortress "Babylon" .It contains 110 Holy icons depicting beautiful religious scenes.

Then visiting "Saint Sergius and Bacchus Church" which is believed to have been built on the spot where the holy family rested at the end of their journey into Egypt.

Then ending our tour with going toKhan el KhaliliBazaar which is one of Cairo's main attractions ..the district of Khan el Khalili was originally a mausoleum called "el Zaafran" for the burial of Fatimid Caliphs ,after that it became a district for the Turkish community during the Ottoman period , and now it becomes a bazzar where you will find many souvenirs shops ,coffeehouses "Caf" serving Arabic coffee and offering Hookah "Shisha", and restaurants throughout the area.

After finishing the tour you will be picked up to your hotel to stay overnight.

Extra Entry tickets to the Mummies room in the Egyptian Museum