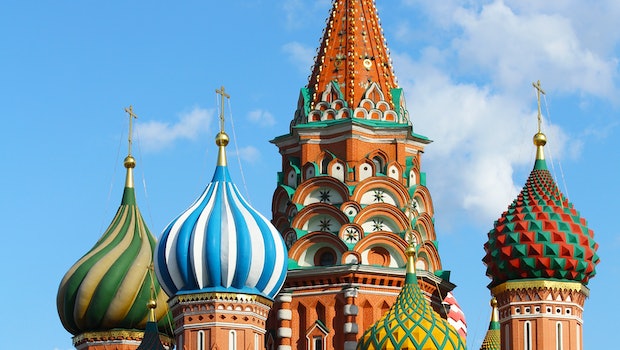 See over 40 museums, take a river cruise, ride the double-decker bus and more

Head to St. Basil’s Cathedral in the famed Red square and see those crazy bulbous turrets for yourself, then wander across the square to the famous Kremlin Museums.

You'll also have access to 170,000 works by Russian artists, like Kandinsky, Chagall, and Popova at the Tretyakov Gallery. Plus world-renowned animation and contemporary art at Solyanka State Gallery.

You'll also get double-decker bus access and a cruise on the Radisson Royal Flotilla, so you can see the city highlights from river and roads. Oh, and three walking tours can give you more context about this amazing city.

Plus a free map and guidebook, a 10% discount in 18 restaurants and a 24-hour SIM card, you'll be able to get right into the best of the city they call Whitestone.

Getting to the GUM Shopping Mall

Metro: Blue Line, get off at Ploschad Revolyutsii, or Green Line to Teatralnaya.