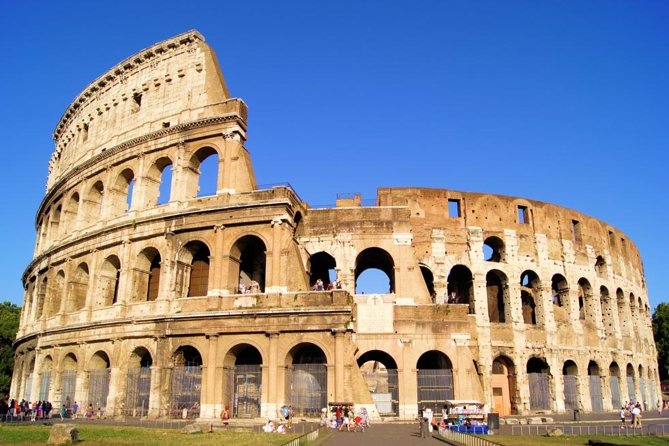 From
USD
Per Person
Risk Free

Enter the most iconic monument of The eternal city, without losing time into the queue.
Takes part of our guided tours to not losing the keys information about one of the most important civilization of the entire world history. Loose yourself into a past reality, with the knowledge of the guide that will transport you into the ancient Rome and its beginnings.
Walk into the gladiator's steps, hear stories about how them and lions once battled right in this spot, feeling the crunch of sand underfoot just as they did almost 2,000 years ago.

Fun, good value for money, thought for everyone

The tour will start at our agency at two steps from the Colosseum. You will be equipped by headsets to have a real great experience keeping your freedom and your autonomy during the visit. You will first visit the Colosseum after a short but precious introduction that will set you into the ancient Rome. Then you will visit the incredible and full of stories Palatin's hill, where roman civilization born and the Roman forum and his ruins, the place where the civilization first took place.

Everyone is concerned by the visit, even child which are ever fascinated by the gladiators stories.
The Skip the line tickets are included in the prices as well as headsets.

Youth prices are avalaible for residents in the european community

This tour/activity will have a maximum of 26 travelers