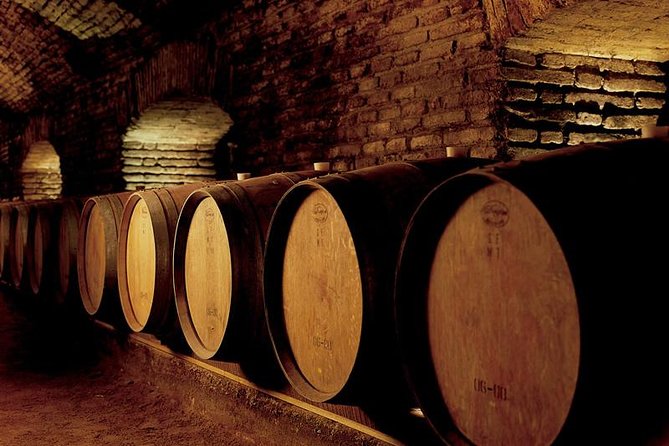 Visit the cellars of Concha y Toro winery on a half-day tour from Santiago. You will see the vineyards of Pirque and learn about the development of the vines and the cultural and technological management to produce this famous wine. Your tour includes a glass of wine and transportation.

We will pass to your hotel at 1:00 p.m., to arrive after 40 min. to Pirque where the visit begins in Don Melchor square, where tourists will be greeted by a guide, who will invite you to enjoy a panoramic view of the Pirque vineyard accompanied by a glass of wine, so that you can soak up aromas and flavors that emerge step by step in this hundred-year-old cellar.
With the glass in your hand, the visitor takes part in a walk through the old park, going back in time to appreciate the Casona de Pirque, residence of the Concha y Toro family. In this place, the largest viticultural company of our country was born more than 100 years ago.
In the vineyards of Pirque you will be able to know the development of the vines, cultural and technological management that are responsible for a first quality yield. To get to know the old facilities and witness the legend, Via Concha y Toro offers you a glass of Cabernet Sauvignon.