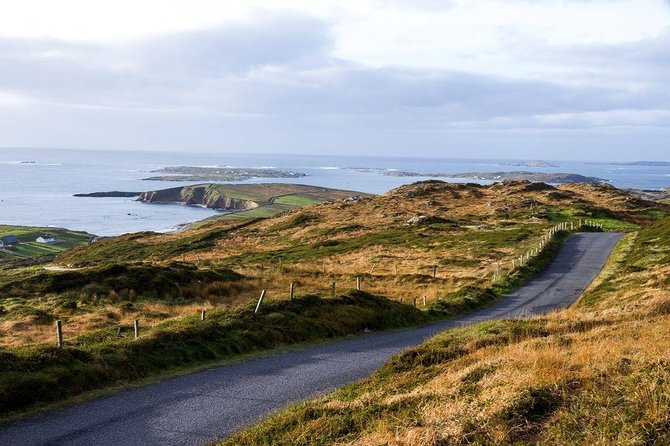 Leave Dublin for the day and take a coach and rail tour to Connemara and Galway. You'll travel through breathtaking Irish scenery, pass by stunning Kylemore Abbey and tour the lovely lakes, mountains, stone walls and thatched cottages of Connemara.

Departing from Dublin Heuston Station, you'll catch the train to Galway (light breakfast available onboard). The trip takes you through Ireland's midlands, crossing vast tracts of peat (turf) boglands and across the mighty Shannon River at Athlone.

On arrival in Galway, you'll transfer to your waiting coach and head into the magnificent scenery of this region known as Connemara (inlets of the sea).

All travel by rail and coach from Dublin Heuston Station

Due to operational reasons it may, on occasion, be necessary to alter certain itineraries

For infants 4 years and under, a fee of EUR15,00 per day is payable direct

Wheelchair accessibility: As long as the passenger has some mobility then this tour would be suitable. Trains in Ireland are wheelchair friendly however buses/coaches are not. The guest would have to be able to climb the steps on to the bus. Mobility Scooters cannot be accommodated on this tour.