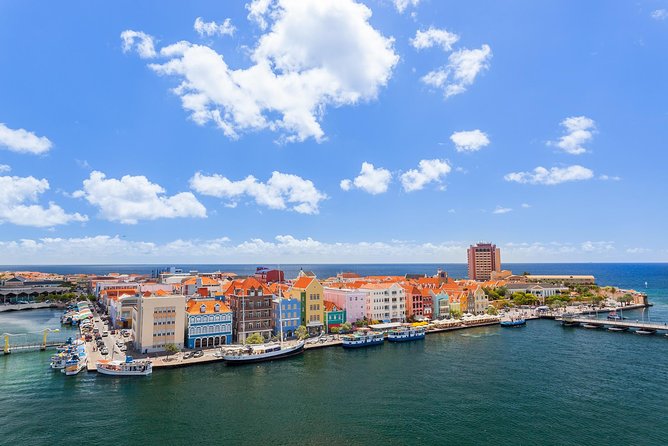 Explore the island of Curacao while in port on this Caribbean shore excursion! Discover the beauty of Curacao as you ride through the island, where youll see the Blue Curacao Liquor Factory. Your local, knowledgeable guide will tell you about the history and cultural of the island as you admire breathtaking views of the Caribbean Sea.

Travel around the entire island of Curacao on this exciting shore excursion! Your driver will pick you up at your cruise ship port to begin your six-hour island tour.

Start your Curacao tour on the east side of the island. As the more populated side of the island, the eastern area offers much to see. Pass the Queen Juliana Bridge, one of the highest bridges in the world at a height of 185 feet (56 meters). Next, visit the famous Blue Curacao Liquor Factory, built in the 1800s.You'll have time to enjoy a delicious lunch at a local restaurant (not included), before continuing on to the west side of Curacao.

Before heading back to your cruise ship, youll have the chance to admire the Jan Kok salt flats, dating all the way back to 1650.

Worry-free Shore Excursion:
We will ensure your excursion ends with ample time for you to return to the Curacao port for your ships departure. In the extremely unlikely event your ship has departed, we will arrange for transportation to the next port-of-call. If your ship is delayed and you are unable to attend this activity, your money will be refunded. See our terms and conditions for full details.