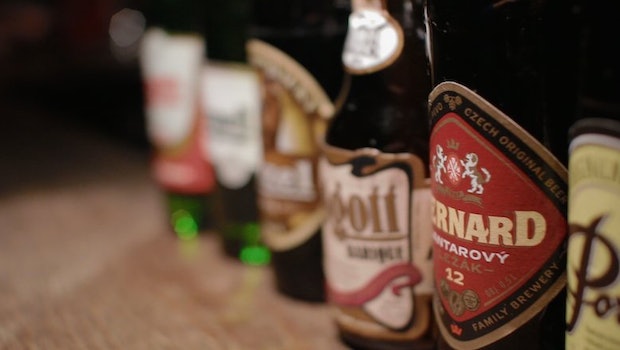 Craft beer is fast becoming a global phenomenon. Here it's been around for the last 1000 years or so. The first recorded brewing was in 990 AD at the Bevnov Monastery near Prague Castle.

It’s believed that it was monks here who invented bottom-fermented beer, in a process known as lagering. You may think you know lager, but here you sample it at the source.

A whole bar is rented out for you and your accomplices. You see and sample the grains that go into beer making, and learn about the traditional processes that are still in use today.

You're also guided in developing your palate. An expert shows you how to detect subtle flavors and moods - and with some of these recipes 700 years old there are way more than you think. For a beer fest, it's all rather refined.

And while learning and drinking, you’re also conversing. A selection of fine Czech beer needs only the thinnest introductions for any friendship to bloom.

Sample beers from three major, mass-producing Czech breweries and four specialty beers from local Prague microbreweries and brew houses. Paired with Hermelín cheese – a Czech cheese that can be pickled, deep-fried, or grilled – and crackers, you're basically partying like the Bohemian monks of old.

**STEADY ON!** Seven fair-sized beers (330ml) make for a good evening out, but may need some preparatory eating.