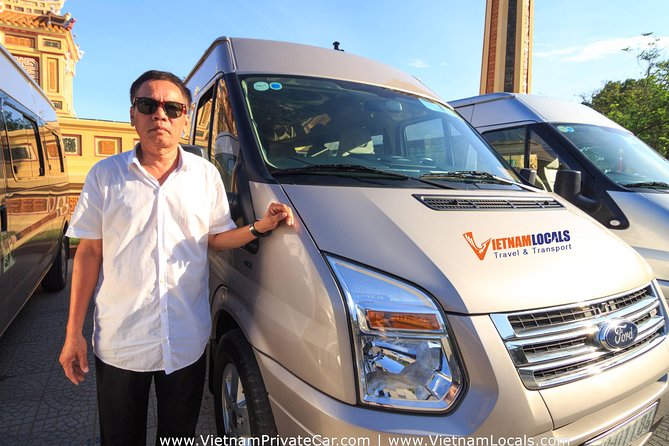 We would like to suggest you to depart in the morning and arrive in the afternoon. Besides, you can spend your time to visit Hue City or DMZ in Quang Tri Province en route. Of course, the price will change a little.The distance from Da nang to Phong Nha National Park is 342km 7 hours driving.
We will go over Hai Van Pass Sea Cloudy Pass with 20km of length. This is the natural border between Da Nang and Hue. We will make a short rest in the top of the pass to have a cup of Vietnamese coffee and taking a panorama view of Da Nang City from the position of 500m above sea level.
After pass through Hai Van Pass, we will reach Hue City.If you are a history buff, or simply love discovering exotic cultures, Hue- Vietnams former Royal Capital is definitely on the top list of your travel plan. The city represents the outstanding demonstration of the power of the vanished Vietnamese feudal empire, including a complex of monuments, tombs and pagodas that attract tourists coming from all over the world.
Continue your trip to La Vang Church.The church is highlighted by the Shrine of Our Lady of La Vang (Mother Maria). The legend has it that Christians sought refuge in the rainforests of La Vang in Quang Tri Province Vietnam, and many became very ill.Whilst hiding in the jungle, the community gathered every night at the foot of a tree to pray the rosary and one night in 1798, in the branches of the tree a lady appeared, wearing the traditional Vietnamese ao dai (long dress) and holding a child in her arms, with two angels beside her.
The final destination you can visit is Hien Luong Bridge.Hien Luong Bridgeacross the Ben Hai river that formed part of the border between North and South Vietnam from 1954 until reunification and was thus a crucial spot in the DMZ. Today it is maintained as a major national monument for the reunification of Vietnam at the end of the Vietnam War. And theres also a museum, propaganda war remnants and two memorials.
Finally, we will drop you off at your hotel in Phong Nha center,settle payment to our driver.Hope you got a wonderful trip with us!