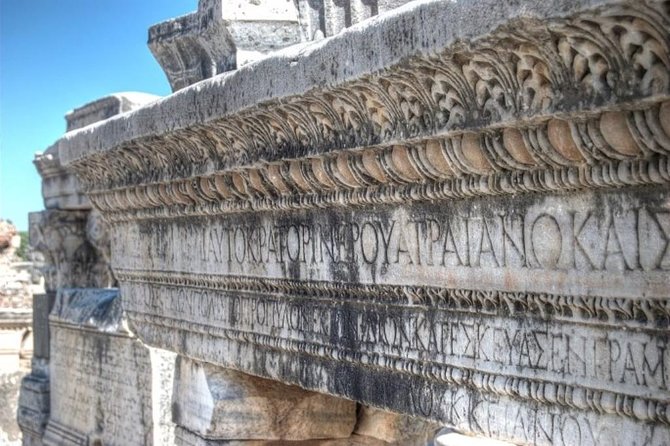 Explore one of the four cities at the most crucial time in the Roman Empire's history, on our private Ephesus Tour from Didim known as Didyma.
Ephesus
House of Virgin Mary

On this Daily private Ephesus Tour from Didim, we give you the chance to see the magnificent Ancient City of Ephesus.

Walk the path that many emperors had stepped foot on and see the remains of what is a significant city for Christianity.

See incredible ruins from the historical periods of time with stops at sights such as Heracles Gate, the Temple of Hadrianus, Celsius Library, and the Temple of Artemis, one of the Seven Wonders of the Ancient World.

The House of the Virgin Mary is one of the pilgrimage centres for Christians. Its believed that the  Virgin Mary passed her final days and died hers.

You will have a chance to see cultural demonstration and try some Turkish tea and Coffee in the weaving center.

After your tour concludes, our representatives will drive you back to your hotel in Didim

Full Insurance For The Duration Of The Tour

Round Trip Transfer In Luxurious Vehicles