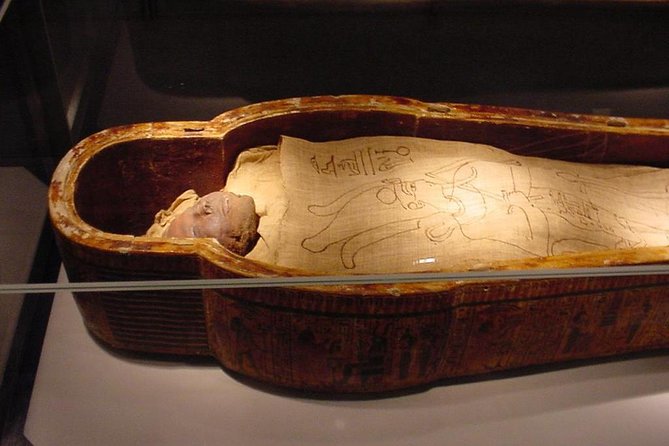 From USD 85.5
USD
Per Person
Special Offer 13% Off
Risk Free

Go in a cultural tour to learn mummification techniques and the watch the well preserved mummies of our Egyptian ancestors at the mummification, and watch the various collections and treasures of the ancient Egyptians at Luxor museum.

our tour guide will pick you up from your hotel in an excursion by air conditioned vehicle to visit the 2 fantastic museum of Luxor, Beginning with Luxor museum which is located in a very attractive spot on the east bank of the Nile between Luxor temple and Karnak temple . The Museum displays various collection of monuments like "Jewelry, Furniture, Statues, Stelae, Pottery" from the Theban Temples and necropolis especially from the new kingdom.

Then, continue our journey among the ancient Egyptian history with going to the Mummification museum which was opened in 1997 and it's located on the east bank also , The Museum shows and explains the process of Mummification and the techniques that were used during this process for the humans and animals as well and displays human and animal mummies and the tools which were used during the mummification operation , also there are examples of the types of objects that were traditionally buried with the dead in pharaonic times.