Day Tour To Maras, Moray And Salt Flats From Cusco - With Reviews & Ratings

Day Tour To Maras, Moray And Salt Flats From Cusco 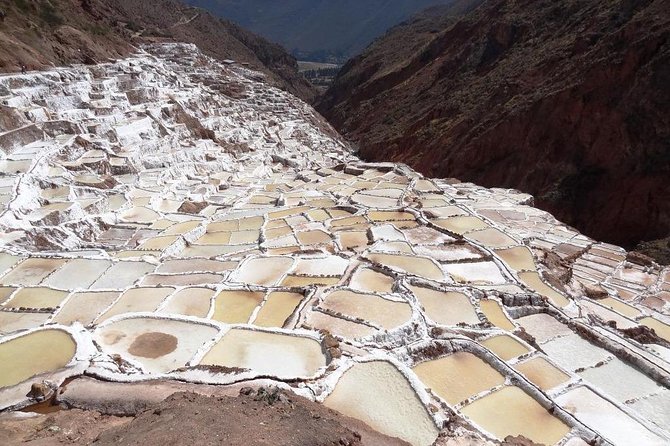 This 5-6 hour tour from hotel pick up to hotel drop off will take you through Chinchero, Maras, Chicha, Moray, and Salineras, A couple highlights of the day will be visiting an archeological site and the salt mines. Throughout the day, learn the history and experience the culture of this region.

In the morning at 8am we will pick you up from your hotel and you will board our transport to drive you by the way of Chinchero on a trip of approx. 50 minutes.

Then onto the village of Maras where you will visit their typical streets. You will also have the opportunity of tasting Chicha, a local drink made of corn.

Continue on your drive for 30 minutes more and arrive at the archaeological site of Moray, an important agricultural system.Moray was possibly in the Inca times an agricultural research center where experiments were conducted at different heights crop, the arrangement of its platforms produces a variety of micro-climates taking the center of the concentric circular terraces higher temperature and decreasing gradually outward lower temperatures. Here you will stay for about one hour and then conclude the tour by visiting the salt mines (Salineras) where salt is extracted in artesanal form. The Salt Mines are very famous made up of about 3000 small wells which have been exploited since the Inca times and it was an economic exchange.

Hotel Pick up and drop off

Optional, transfer to Ollantaytambo train station for an extra cost