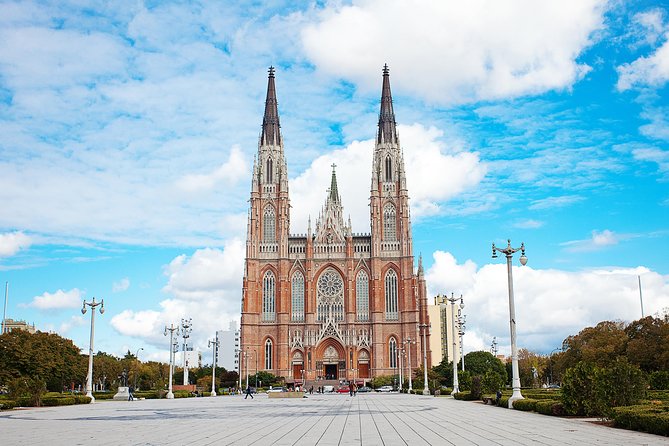 Take a day trip from Buenos Aires to the colonial city of La Plata, the capital of the province of Buenos Aires. Enjoy exploring the architecture, culture and religion of the city and learn about the history of this colonial town from your bilingual guide. Visit the Natural Science Museum, the Cathedral of La Plata (one of the largest churches in Argentina), the Teatro Argentino de La Plata and much more!

Discover the city of La Plata on this day trip from Buenos Aires! Explore the capital of the province of Buenos Aires with your local, bilingual guide. After pickup from your Buenos Aires hotel, depart on a 35-mile (57-km) ride to La Plata.

Visit the Cathedral of La Plata, one of the largest churches in Argentina. Inspired by European cathedrals, the Cathedral of La Plata is located near the center of the city, making it one of the most prominent structures in the city. Continue exploring and make your way to the National University of La Plata, where you'll visit the Natural Science Museum. Home to over 2 million artifacts, your guide will show you around and teach you about some of the objects collected at the museum, including ancient dinosaur fossils from Patagonia.

Then, head to the astronomical observatory, where youll learn intriguing facts about the stars and galaxies. Next, visit the Teatro Argentino de La Plata, home to one of Argentina's leading opera houses. Tour the theater and take a behind-the-scenes look at where the performers prepare before going on stage. After a day of exploring, enjoy a relaxing drive back to your hotel in Buenos Aires.

NOTE: Tour does not pickup from Palermo district hotels