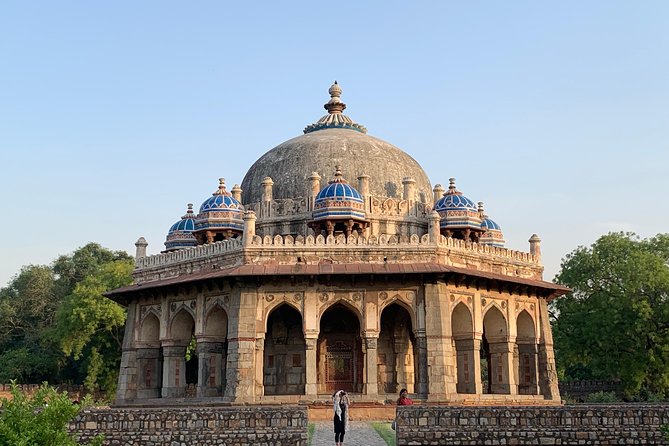 You will be picked up from anywhere in Delhi and taken to visit the important sites of the city while traveling in the comfort of a private air-conditioned car.In Old Delhi, you will visit the magnificent mosque Jama Masjid, the largest in India, built in the 17th century by Shahjehan, the same emperor who has built the Taj Mahal.Also in the vicinity is the Red Fort, again built by Shahjahan. It's a sprawling monument, built in the times when the Mogul Empire had no major threats. The British Army also used it before the independence of India. This is a UNESCO World Heritage site.

Mahatma Gandhi, the face of the Indian independence movement, has his memorial nearby at Raj Ghat. So strong is the impression of this leader in India that till this date, the currency notes in India carry his image and no one else's.Your tour will include a drive through the impressive buildings built by the British empire. You will get to see the Presidential Palace Rashtrapati Bhavan, the Parliament House and the surrounding complementary buildings.Visit Humayun's Tomb, which many historians claim to be a precursor to the Taj Mahal. It's a beautifully restored monument and UNESCO World Heritage site.Delhi also has an archaeological park.

Qutub Minar is a UNESCO brick minaret built in the 13th century.If you're inclined, then your escort will take you for some bargain hunting at a variety of Delhi's bazaars.Of course, you will receive excellent suggestions for lunch depending on your location at that particular time.