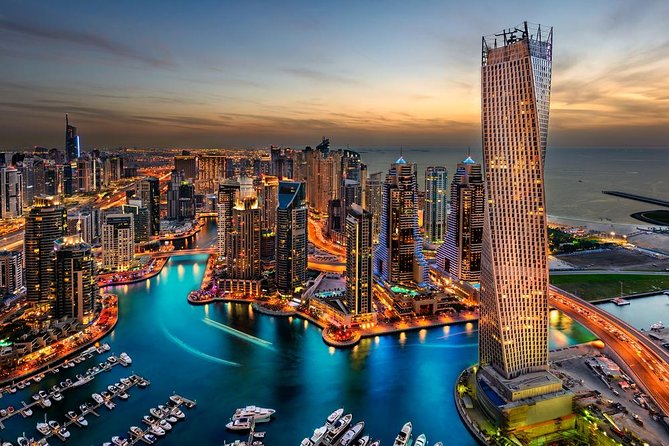 An evening under the moonlight, the Dhow cruise Dubai Marina is a sure hit among travelers to Dubai. The Dubai marina Dinner Cruise is an evening of Live Entertainment - tanoura dance show, dining and gliding across the largest man-made Marina in the world. Beautifully decorated, wooden dhows is as authentic as it is modern. Fully equipped with modern facilities, an open air upper deck and full window views of the Dubai Marina on the lower deck.