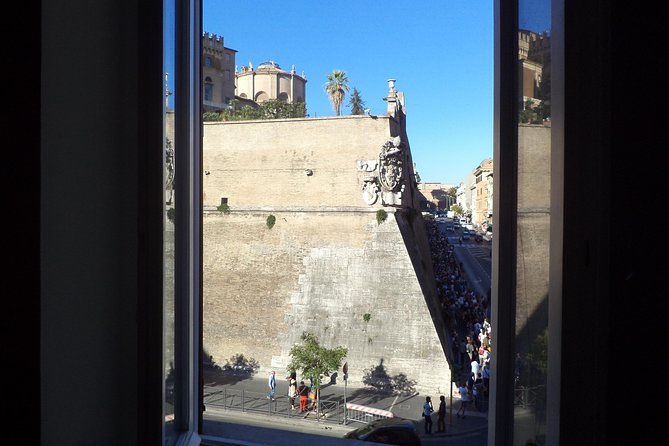 Enjoy a fascinating 2-hour tour of the Vatican museums, Sistine Chapel, and St. Peter's Basilica. Don't miss any of the highlights of the massive Vatican Museums collection before admiring some of Michelangelo's masterpieces.

The tour will depart from the guide's officenear the the entrance of the the Vatican Museums. Your guide will lead you through one of the most important museums in the world in the Vatican, and you will admire the magnificent of St. Peter's Basilica and the Sistine Chapel.

Here, in the Museums of the Popes, built-up and enriched over five centuries, you will admire with the rich buzzing of great history and sacred art. Upon entering into the Vatican Museums you will be immersed in the glory of art and culture put in the service of faith.

The greatest artists of all time will welcome you: Raphael in the Stanze, Michelangelo in the Sistine Chapel, Giotto, Leonardo, and Caravaggio in the Pinacoteca, van Gogh, Matisse, and Moore in the area dedicated to Contemporary Art. You will see, with the Laocon Group and the Apollo Belvedere, the greatest masterpieces of Classical Antiquity. You will encounter centuries and millennia as you enter the Etruscan and Egyptian Museums, along with non-European civilizations in the Ethnological Museum.