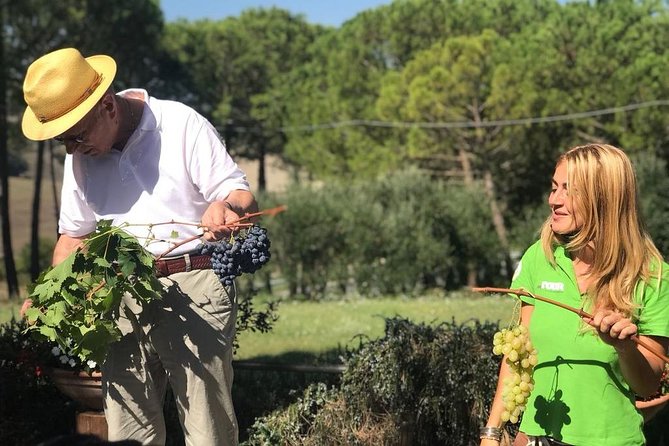 Discover the most noble winery valley of Tuscany; explore the zone of Pienza, Montepulciano and then enjoy a wine tasting in Montalcino.

Enjoy some free time in the heart of Pienza

Admire the beautiful and ancient palace of the Piccolomini Family

Stop At: Historic Centre of the City of Pienza, Tuscany

See this ancient palace from outside

Admire the stunning Val D'Orcia with its incredible landscape full of olive groves, vineyards and cypresses. For its beauty has been declared world cultural heritage from Unesco

Travel by GT coach or minivan with air-conditioning

Customers must be able to climb and descend stairs. Please note that a moderate amount of walking is involved and this tour is not wheelchair accessible.

Portuguese language: Available on selected days and will be guaranteed with minimum 4 pax, if the minimum is not met the tour will be done in English or Spanish.