Excursion To Iruya Via Humahuaca Canyon, From Salta (2 Days)

Excursion To Iruya Via Humahuaca Canyon, From Salta (2 Days) 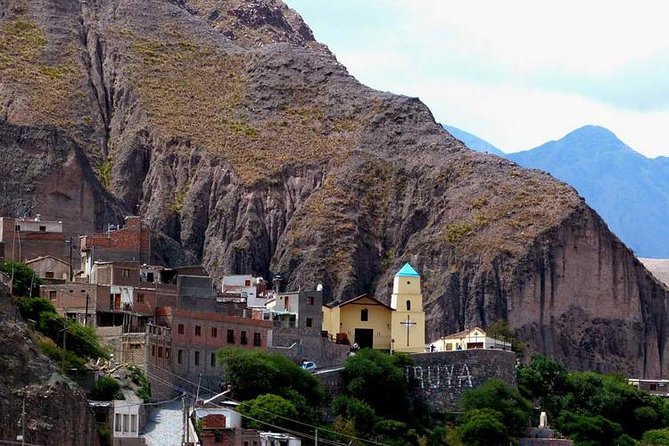 Departure from the city of Salta to the province of Jujuy touring the villages of the Quebrada de Humahuaca, Purmamarca, Uquia, Huacalera to Humahuaca. From there, 20 km away, take the provincial road n 133 that leads to Iruya. Accommodation not included.

When we leave Humahuaca, the road becomes part of dry riverbeds, which makes crossing in rainy seasons impossible, from December to March. The rest of the way is high, winding and gravel. The town of Iruya is located on narrow streets, very steep and carefully paved to avoid soil erosion. Its architecture reflects its pre-Columbian origin, of great cultural and historical value. Surrounded by an imposing landscape and anchored in the past, Iruya preserves the roots of a millenary culture that even today is breathed in its typical celebrations such as the Pachamama in August and the patron saint festivities in the first half of October.

The next day, return to Humahuaca, Tilcara, Purmamarca and back to Salta City.

Program to be done in two days