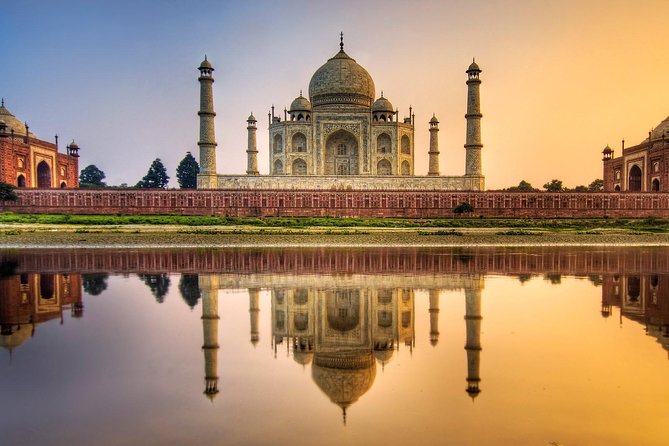 Welcome to
Trip -Agra City Same Day Tour From Jaipur (1 Day)ExploringHighlights in Agra City Tajmahal , Agra Fort and Fatehpur Sikri .Tour Begins in Jaipur . Pickup and Drop Within any Jaipur Location Including and After Finish The Trip You Can Come Back to Jaipur or Stay in Agra .This is Private Trip Your Views are welcome to Add Trip / Upgrade Trip

You will Begin This Trip in Jaipur We Pickup you from any Jaipur Location/Place and start Trip to Agra to Explore Agra and After Agra city Sightseeing Trip Drive Back to Jaipur and also Option of Stay in Agra for your own trip Plans.

Highlights of the Agra City Trip

Taj Mahal: The Taj Mahal was built by Mughal emperor Shah Jahan in memory of his third wife, Mumtaz Mahal and is regarded by many as the finest example of Mughal architecture. The Taj Mahal is a white marble mausoleum located in Agra, widely recognized as the jewel of Muslim art in India and one of the universally admired masterpieces of the world's heritage. Taj Mahal has an architectural style that combines elements from Persian, Ottoman Turkish, and Indian architectural styles.

Agra Fort: Agra Fort is a monument, about 2.5 km northwest of the Taj Mahal.
A royal residence of Mughals for generations, the fort was used to be the site of a battle during
the Indian rebellion of 1857. The fort has a semicircular plan; its chord lies parallel to the river while its walls are seventy feet high. Double ramparts have massive circular bastions at intervals, with battlements, embrasures and string courses. Four gates were provided on its four sides.

Fatehpur Sikri: Fatehpur Sikri is a city and built near the much older Sikri. Akbar
named the city, Fatehabad, with Fateh, a word of Arabic origin in Persian, meaning "victory";
it was later called Fatehpur Sikri. The city served few Mughal kings as their capital. According to historians, Akbar, the great Mughal emperor took great interest in the building of Fatehpur Sikri and also dictated its architectural style. Akbar planned the complex building on Persian principles.

Bottled water and FREE WIFI In a Car

Transport by an Air-Conditioned Car