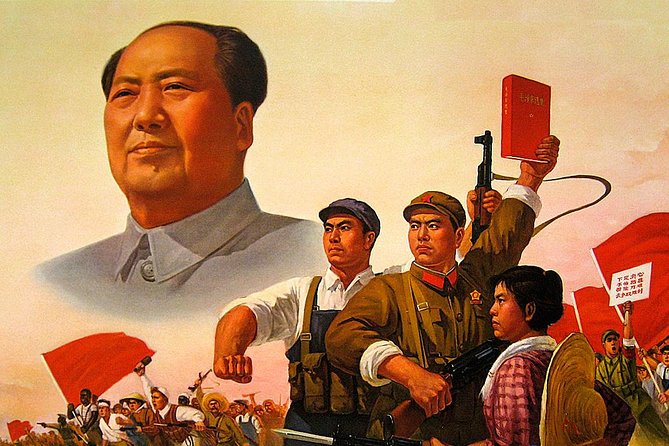 If you are a history lover, if you are curious about Chairman Mao, Culture Revolution and China's Modern history ? Then this is ultimate tour for you.
Have you heard the term " Culture Revolution and wondered what it refers to? This 7 hour tour will give you a brief overview of China's Culture Revolution,Great Leap Forward, and helps you understand some of the phenomena that characterized that time.Also you will get insight into Chinese communist party and ideology.The tour also includes The Site of The First congress of CPC,Shanghai propaganda poster art center,Former French concession,Xintiandi,ancient city wall,and much more! Plus an authentic local lunch which includes famous Xiaolongbao & Wonton.

You will be met our professional guide at the meeting point which located at the Japanese Concession.then hop on your bike star to head to the historical blocks of Japanese immigrants during 19th. Linger around the back alleyways in the old neighborhood communities from there you will have a chance to trace back vivid daily life of those immigrants during the II world war period.From there straight forward to The famous Bund (Waitan) appreciate the most wonderful skyline and skyscrap from the both side of Huangpu river.Afer a 15 mins wlking on The Bund. We refuel ourselves with typical Shanghai cate Xiaolongbao & Wonton at an ancient restaurant.

Then cycle to Former French Concession area linger around in Xintiandi. A top-notch entertainment center.It has the unique architectureal style has been called a fusion of eastern and western cultures.Once very popular in 1930s.From there get to The Site of The first national congress hall of China communist party.Here you will learn why chinese party was born and how able to survive.Along the street to Shanghai Propaganda Poster Art Center.From here your guide will tell you everthing about the Chinas modern history,Culture revolution,Great Leap Forward,Chairman Mao and his famous Red Book,Red guards, and much more.