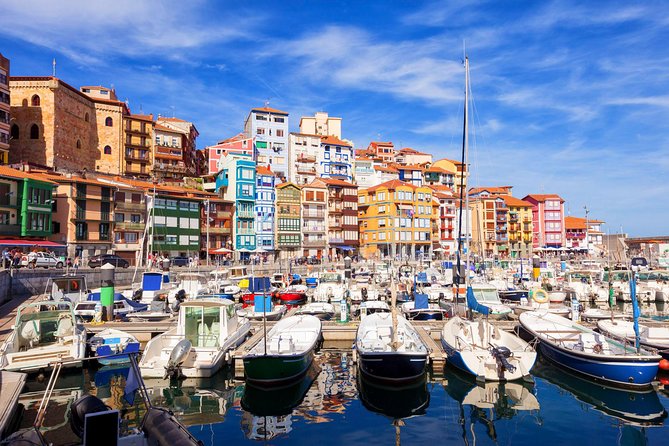 Follow the river road of Bilbao towards the coast and admire the old industrial areas that once powered Bilbao. You will enjoy the Transporter Bridge of Bizkaia, the oldest bridge of this type in the world, still active and a very much loved icon for the locals. Continue to go to the coast to enjoy the views of Sant Jean de Gaztelugatxe from a viewpoint (stop of approx. 10 minutes). Later, arrive in Bermeo to make a walking tour aournd its highlights. Finally, we will visit the Assembly House of Gernika and return direct to Bilbao.

Photostop at the Vizcaya Bridge

Photostop at the viewpoint, no ascend to the church included

Guided visit to the Assembly House

Transport by air-conditioned coach or minivan

Please note that the Access to San Juan de Gaztelugatxe is not included on this tour.

This tour/activity will have a maximum of 54 travelers