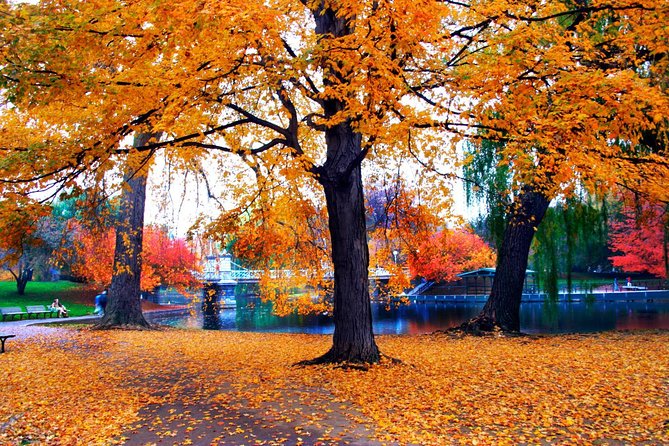 Marvel at the spectacular New England countryside on this scenic fall foliage tour from Boston. Bring your camera along for a drive east among gently rolling hills to small towns in Massachusetts and New Hampshire dotted with age-old taverns, colonial churches, farms and prairies, all featuring a beautiful display of autumns stunning colors. Pass Willard Brook State Forest and Walden Pond, explore a quaint New England restaurant nestled among picturesque scenery, and stop at a lovely farm stand featuring a farm store and beautiful grounds. Your guide will navigate fall's changing colors as you tour across Boston, making stops in quiet New England towns along the way for you to capture photos of the brilliant landscape.

Transport by air-conditioned coach with lavatory

This tour requires a minimum number of passengers to operate. There is a possibility that the tour may be canceled after confirmation if there are not enough passengers to meet requirements. In the event of this occurring, you will be provided the option to take the tour on an alternative date or be refunded in full