Fiji Trekking And Sightseeing Tour From Nadi - With Reviews & Ratings 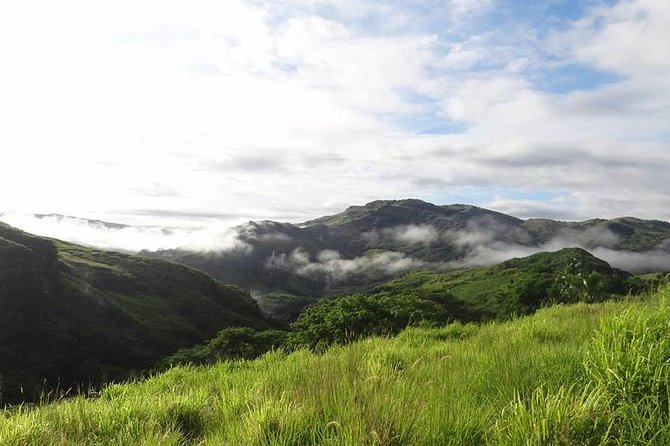 Experience the beauty and grandeur of the island interior. The journey is one of the great visual and climatic contrasts through sweeping farmlands and forbidding mountains passes to lush and exotic rain forests. Enjoy the spectacular scenery. Trek through the lush green forest and see the flora and fauna of Fiji. With lunch, refreshments and hotel transfers included, you are sure to have a wonderful day.

Your day will begin with a pickup from your Nadi hotel. From here your Island adventure will begin. Visit a fruit and vegetable Market and taste some local fruits and vegetables. After enjoying the market, visit in Ba we go to the mountain side about 10 km from Ba Town where you can trek and see the flora and fauna up close, visit tropical forest and local farms.This is a true rural tour.

This tour is truly a photographers dream with many great photo opportunities.After the trek way youll have the chance to enjoy asandwich lunch.You will also taste tropical fruits if in supply from our farm.

Once the tour is complete you will be taken back to your hotel safe and sound.