Following The Footsteps Of Democracy In Athens Greece

Following The Footsteps Of Democracy In Athens Greece 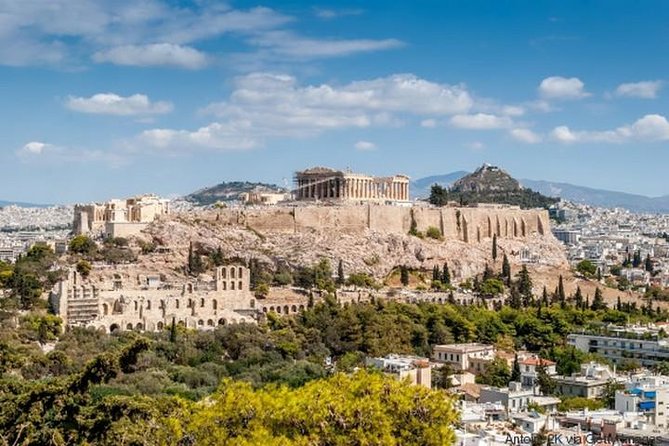 Join this tour to discover the best of Athens, the essence and the development of the Athenian Democracy!Explore Athens and follow the trail of the worlds first democracy.
Visit to the sites:Pnyx,the Acropolis, the Parthenon, Propilea gate, Erechthion, Temple of Athens Niki, the Odeon Theater, the Dionysus Theater, Mars Hill / Areopagus, Panathenean stadium (first modern Olympic Games in 1896), Change of the Guards, Greek Parliament, Tomb of the Unknown Soldier, Ancient Greek Agora, Plaka (the old city of Athens) with time for lunch and leisure, Lycabetus Hill with its breathtaking panoramic view of the city
Highlights
8-hour, morning or afternoon, private archaeological tour of Athens
Explore the Acropolis, Pnyx, the Theater of Dionysus and the Ancient Agora
A professional English-speaking tour driver

The Pnyx. Starting the tour, you will visit the Pnyx, the wide hill that overlooks the Acropolis. The Pnyx is a sacred area on which great politicians, generals and orators forbade such as Themistocles, Pericles and Demosthenes. That was also the meeting place of the Ecclesia tou Dimou, the famous Athenian assembly of citizens, where important decisions were made for the City.

The Acropolis. Leaving the Pnyx, you will ascend the most famous hill of the world; the Acropolis of Athens, the sacred sanctuary of the city, where you can admire the miracle made of Marble, called the Parthenon. Propylaea Gate. You will also see a number of marble made buildings that were all made during Pericles time, including the Propylaea gate and the Erechtheion. The Parthenon, the great temple of Athena Parthenos (Virgin Athena), the patron of Athens, dominates the hilltop of the Acropolis. The construction of the temple began in 447 BC by architects Iktinos and Kallikrates under the general supervision of Phidias. The temple with the cult statue of Athena was inaugurated nine years later, in 448 BC, while work on the sculptural decoration continued until 432 BC

Theater of Dionysus. You will also visit the Theater of Dionysus, the most ancient theater in the world; it is the theater where the first tragedies and comedies of the ancient world were presented to the people.

The Agora. The Ancient Agora of Athens was the center of economic, social and political life of the city. If the Acropolis and its monuments was the face of the city, the Agora was its heart and her mind. Its time now to experience the old and the modern part of Athens. Drive through Plaka, the picturesque quarter of the city, where you can see lovely little shops with handmade crafts and gifts, restaurants and cafes.

Monastiraki flea market in Athens The full day tour to Athens will also give you the chance to get a glimpse of modern Athens as well, visiting the Monastiraki market, which is the famous flea market of the city. However, a visit to Athens is never complete if you do not get to taste the famous Greek cuisine; (optional) the tour will take you to a traditional Athenian restaurant or tavern, where you can indulge to the colors and flavors of the most known Greek dishes (home cooked food). After this tasty exciting experience of the home cooked Greek food, enjoy the breathtaking views from Lycabettus Hill. Its the highest hill in the city as its the perfect spot to take some spectacular pictures and an image of the entire city in your hearts and minds. Next your tour driver will drop you off at your hotel, your cruise terminal or any other place you want in Athens.

Pick-up from the cruise ship pier at Port of Piraeus

Hotel pickup and drop-off in Athens

Entrance fees to the archaeological sites and museum

Option for a professional tour guide with a state license at an extra cost to escort you inside the archaeological sites and museum according to the program.