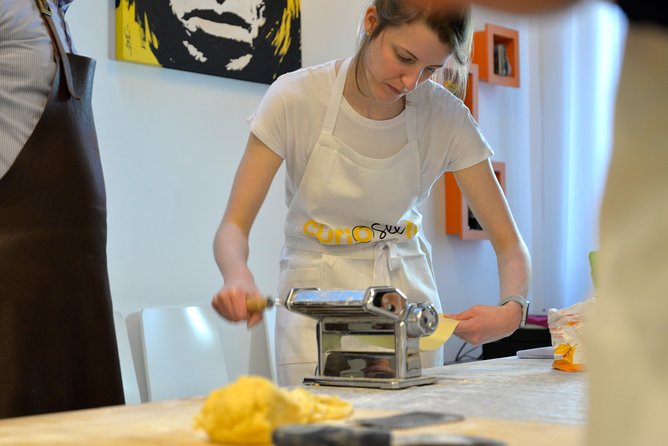 Explore the famous Rialto market and select seasonal ingredients with a professional chef during this 4-hour cooking class and wine tasting in Venice. Enter a fascinating Venetian palazzo and start your hands-on cooking class. Enjoy the lunch combined with excellent local wines with friends and family.

Meet your guide, a chef, at the Rialto market to start with a tour of this vibrant part of Venice. Shop with your chef/guide toselect the ingredients and raw materials for your cooking class. Then head to a typical Venetian palazzo for your hands-on cooking class.

During the class you will prepare a starter, a main dish, and a dessert. You will also enjoy a wine tasting session with a professional sommelier, who will help you to discover some delicious wine pairings. End your class with a lovely lunch and enjoy the fruits of your hard work, with plenty of wine of course.

Please advise of any specific dietary requirement at time of booking