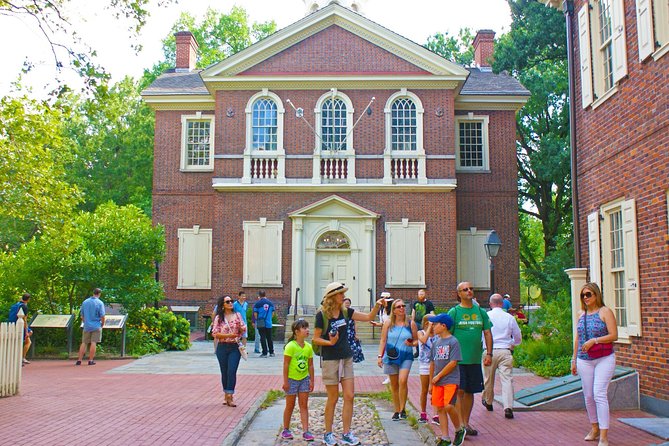 Experience the best of US history with a modern twist on this small-group tour of Philadelphia. See where the Founding Fathers signed the Declaration of Independence, take a photo of the Liberty Bell, visit where past presidents like George Washington lived, and learn about William Penn, Pennsylvania's founder. You'll discover the lively neighborhood culture of Old City as you pass art galleries and cafes, and top off your outing with a refreshing beverage at a local establishment. Numbers are limited to 12 for a personalized experience with an informative guide.

A beer or beverage at the final stop