Foz Do Iguaçu Folkloric Show With Dinner From Puerto Iguazú 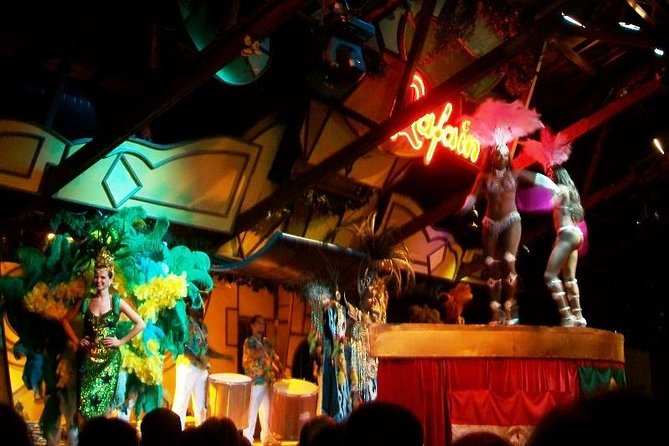 After youve spent your day exploring Iguassu Falls, spend the night experiencing a little South American culture! Cross the border from Argentina to Foz do Iguau, Brazil, for an evening of Latin American music and dancing accompanied by Brazilian cuisine. Youll enjoy an all-you-can-eat buffet of Brazilian specialties before being entertained by a folkloric show that highlights the dances and songs of Central and South America, from the tango to the samba. Its a sensational evening out from Puerto Iguaz!

After being picked up from your Puerto Iguaz hotel, take a pre-dinner drive to Foz do Iguau, just over the border in Brazil, to begin your evening at the Rafain Churrascaria dinner show.

Before the entertainment starts, head to the extensive Brazilian buffet, where you have your choice of more than 200 dishes including meat, salads, international specialties and desserts. Its an all-you-can-eat buffet, so if you get hungry, simply go back for more! Then sit back and enjoy a two-hour Latin American extravaganza of dance and music, featuring 45 musicians and dancers performing on stage in their multicolored costumes.

During this cultural evening, experience the delights of Central and South American performance art, from the Brazilian samba to Mexican mariachis to tango dancers from Argentina. Plus, hear Chilean music, Peruvian tunes and traditional rhythms from Mexico, Bolivia and Paraguay.

When the show is over, youll be returned to your Puerto Iguaz hotel.