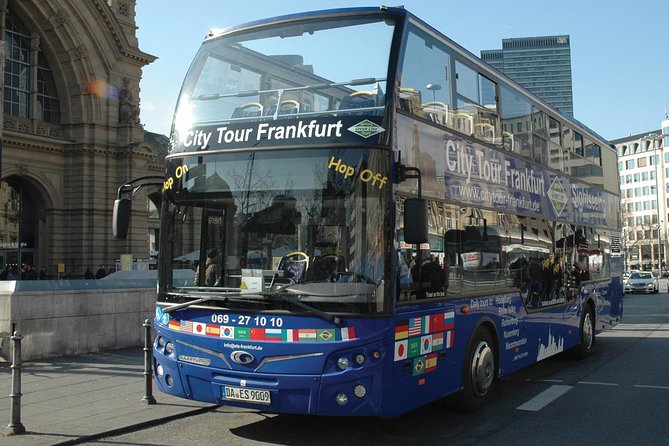 Enjoy a hop-on hop-off tour in the heart of Europe and marvel at the best of Frankfurt from an open-top double-decker blue bus, complete with informative commentary.

Hop on and off the bus at any stop, as many times as you like and see the sights that interest you at your own pace.

You will get to explore all the top Frankfurt attractions including the Romer (town hall), St Paul's Church, the Botanical Garden Palmengarten and the impressive Opera House.

With buses departing every 30 minutes and tickets valid for the whole day, this is the perfect way to explore Germany's financial capital.

Voucher must be exchanged onboard of bus